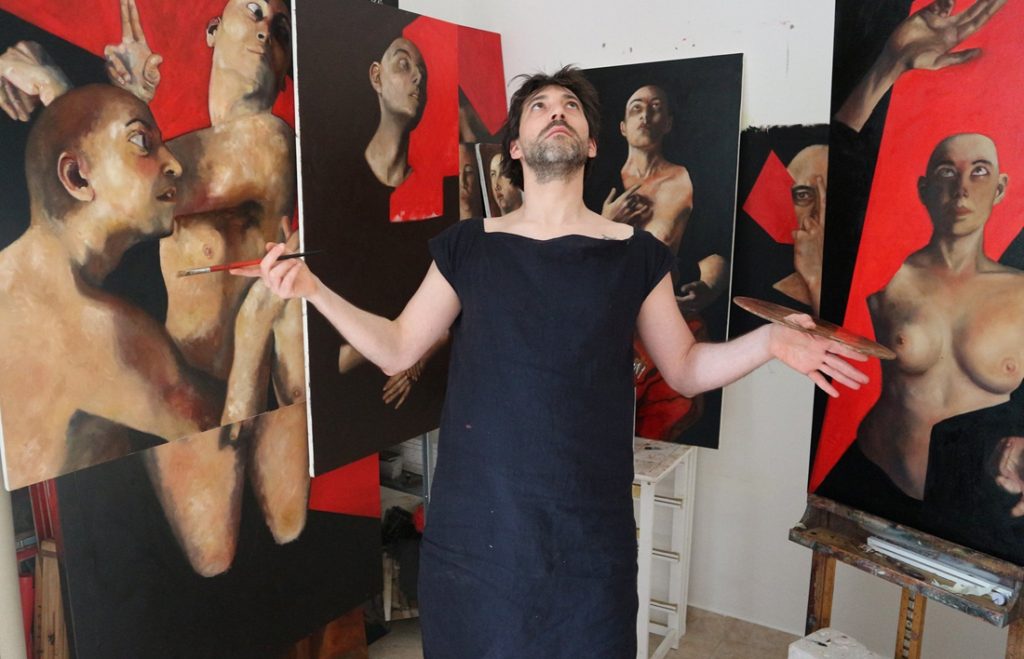 Juan Tardivo: (Rio Cuarto, Argentina 1986): in 2004 he began his artistic study at the “Libero Pierini” Academy of Fine Arts in his hometown. After completing his cycle of studies he settles in the city of Cordoba where he continues to study with different masters of painting and at the same time he realizes several individual and collective exhibitions in different galleries of the country also participates in various painting competitions obtaining a good specialist criticism and others masters. In 2013 he moved to Unquillo, a small mountain town where he connects with young artists and masters, increasing his work and participating in individual and collective exhibitions. He also founded a publishing house in which he illustrates and publishes more than 15 books by various Argentine authors, including his own, in which he collects writings and paintings until 2012.

He participates and organizes various meetings of poetry, painting and sculpture symposiums.

In August 2016 he travels to Italy and stops in Bologna, where he continues with research and pictorial production participates in group exhibitions and in 2017 he makes his first individual in Bologna, in 2018 he starts attending the painting workshop with the painter Erica Calardo, where she began studying classical painting of the 17th century.

In 2019 he inaugurates a solo show in Bologna, called „the Mountain Cutting“, with portraits taken in 2017 where his Latin American origins and also the beginning of his new figuration can be glimpsed.

Painting is the medium where I can tell my worlds, I can share my ideas and get to know myself and society. As a young man I became passionate about painters like Modigliani and Bacon, because they told me about a reality and I reflected in it, but in this period I feel closer to the world of classical painting, the iconicity and the story of a globalizing idea of human experiences, I can always mention the great Italian masters such as Caravaggio, Cagnacci and Jusepe de Ribera, also Flemish painting such as Van Dyck, Rubens and I could follow up to our times .. but in the end I am a lover of art in general, cinema, poetry, music, and all this shapes my influences and how my painting evolves.